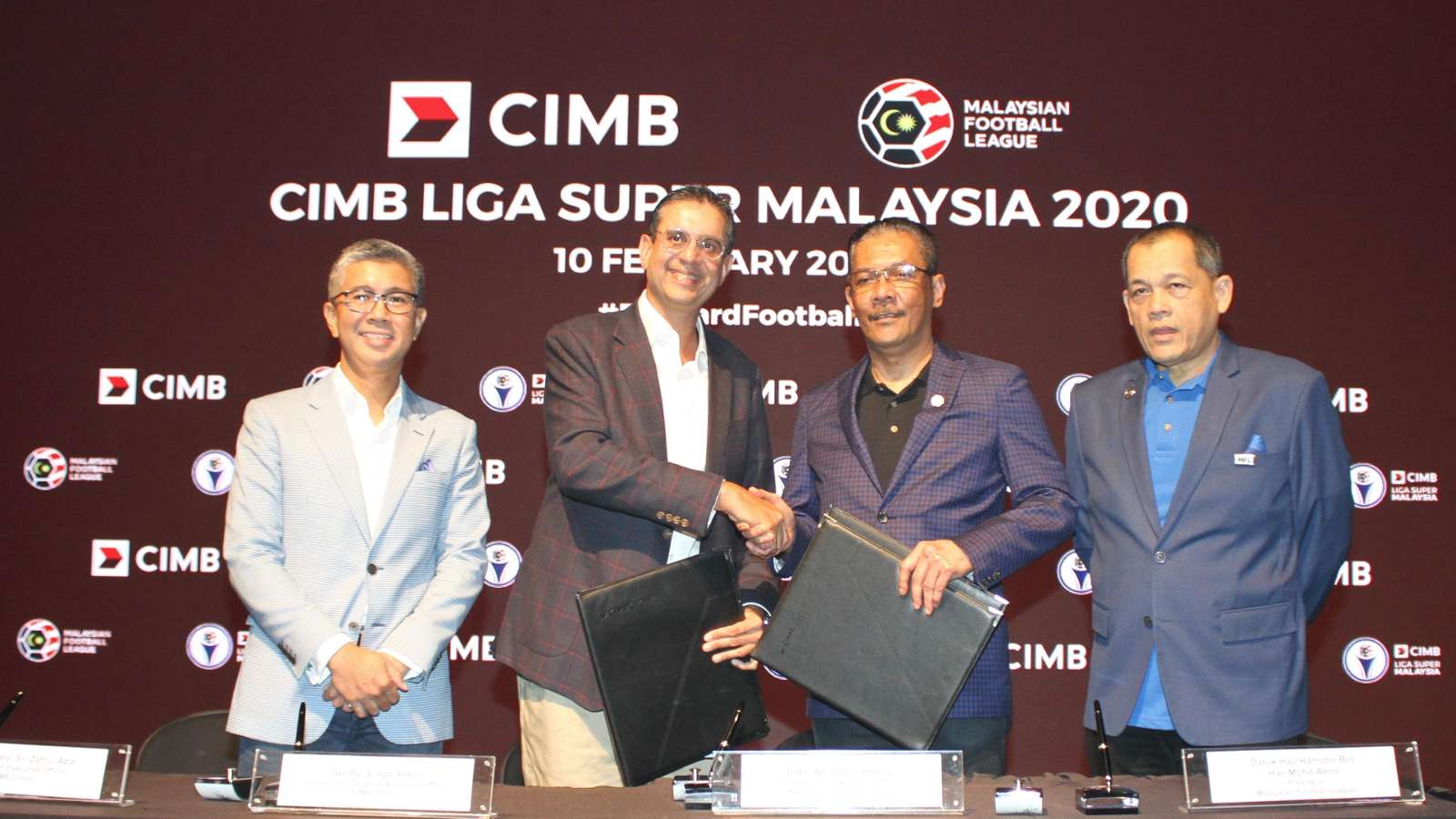 We have the latest happenings in the football news in Malaysia and its related soccer issues, activities, press releases, etc. and aim to keep you always updated every day. This will be considered as a historic move, in which this relationship with MFL or Malaysian Football League means the very 1st time, CIMB Group will be sponsoring the new 2020 Super League title. Monday morning was the launched ceremony of the special event and the contract deal was accompanied by the representatives from both parties, the Malaysian Football League as well as the CIMB Group to mark the beginning of the special relationship. CIMB has always played a vital role when it comes to Malaysian sports specifically squash and cycling, however, this will be considered as their 1st relationship within the professional football field, this will be from Telekom Malaysia in which the previous sponsors to CIMB new sponsorship for the Super League title. Tengku Zafrul Aziz, CEO or Chief Executive Officer of CIMB Group, He stated:

“CIMB is pleased to work with MFL to create a new and exciting fan experience for the CIMB Liga Super Malaysia. With a 20 million fan base, football is not only the most popular national sport but also strategic in terms of the opportunities to engage with Malaysians who love football.”

“There is also nothing quite like football to unite Malaysians across all races and social backgrounds. Equally exciting is the chance to reward CIMB customers, who are in for a treat based on various deals and fan-engagement initiatives related to CIMB Liga Super Malaysia.”

For the heads up, for those people who are not familiar with CIMB, these group holdings are one of Southeast Asia and Malaysia’s banking institutions with the presence in Korea, India, Hong Kong, China, Philippines, Laos, Myanmar, Vietnam, Brunei, Cambodia, Thailand, Singapore, United Kingdom, and United States are the other locations where they are also established. Dato Hamidin Mohd Amin, President of MFL, He stated:

“MFL is delighted and welcomes CIMB Bank as our new partner in Liga Malaysia. To have CIMB Bank, one of ASEAN & Malaysia’s fastest-growing bank, take a bold step to be the Title Sponsor in its maiden foray into our national league, epitomizes their ambition in achieving targets under their Forward23 blueprint.”

“We at MFL, have our very own strategic blueprint called Next50, and the key vision both MFL and CIMB share in our blueprints are growth and sustainability. This is the reason we felt that a partnership is only natural and both MFL and CIMB are happy to see this come to fruition at this ceremony.“

“We are also very encouraged to see more corporate sectors joining the Liga Malaysia family, which is proof that brands and businesses believe that MFL has increased the value of Malaysian football, as we are putting in every effort to reach our visions and missions in Next50.”