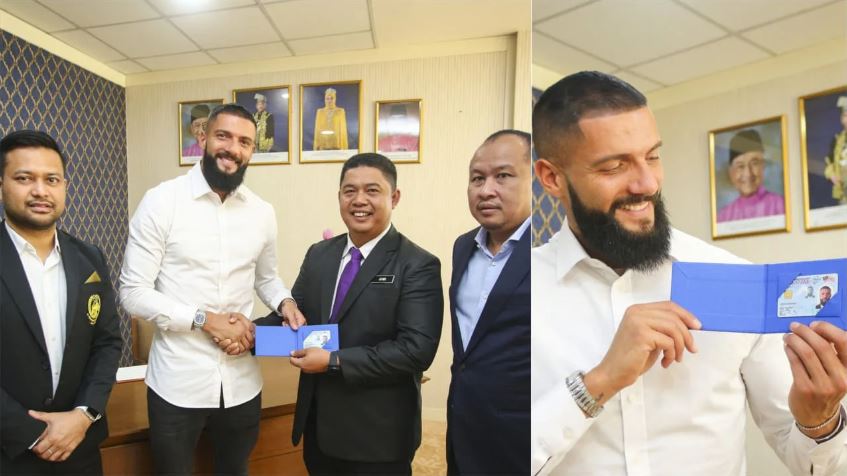 We have the latest happenings in the football news in Malaysia and its related soccer issues, activities, press releases, etc. and aim to keep you always updated every day. Somewhere in Kuala Lumpur, Malaysia – On February 03, 2020, the FAM or Football Association of Malaysia have proudly announced that Liridon Krasniqi, the Kosovan born Malaysian professional footballer who has the position of attacking midfielder for the Malaysian team Johor Darul Ta’zim, he’s also playing his trade here within the MSL or Malaysia Super League since 2015. Liridon obtained the Malaysian citizenship and will be eligible to play for the Harimau Malaya club sometime during the upcoming stage of the World Cup qualifying wherein the national squad has an opportunity to compete for.

However, there is such interesting news regarding the newly acquired midfielder and it gathered some different reactions from the Malaysian public on some of the social media channels and platforms. While there are many people on the web who have express admiration certainty that the national coach Tan Cheng Hoe will be able to further reinforce his team for the World Cup qualifying, there are some questioned the announcement and some are denounced the issue. On a Twitter account, the profile namely @KosovansAbroad replied to the news by discussing that Liridon has not only obtained the Malaysian citizenship but also the 1st Kosovan born pro player to an Asian country at the national level given that he was chosen to play. A tweet post from @KosovansAbroad along with the images of Krasniqi acquiring his citizenship identification card. It stated:

There is another Twitter account namely @avineshW90 or T. Avineshwaran stated that even if Liridon is chosen to play for the Harimau Malaya club, he would only do so during the 3rd stage of the World Cup qualifying rounds, given that this club has the chance to advance in the competition. He tweeted:

Another Twitter user account, namely @takterqyira, she replied to the news by calling the attention of the fact that there are many children without nationality who have yet to acquire their citizenship. The tweeted post stated:

“maybe all the stateless Malaysian kids should play football for JDT so they can get the blue IC too.”

There was a respondent to @takterqyira and was named as @adrizamri who mentioned:

“Stateless kids won’t get the same treatment as Liridon even if those kids somehow manage to play for JDT. All people, shouldn’t by any means, compare an orange to an apple. It looks dumb.”