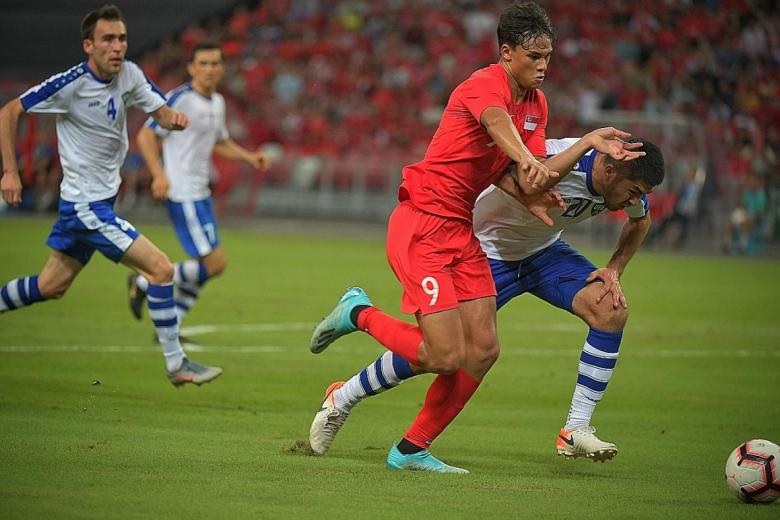 From the interesting matchup last night, the Singapore football news will discuss for Uzbekistan overcome the Singaporean side in a snatch 1 – 3 victory. Despite the home advantage of the Lions, for each game, the host is showcasing what they have and what it takes to go head to head against some of the best teams in Asia. However, from the last match against Yemen resulted in a 2 – 2 draw, it will be considered as defensive insufficiency that leads to the last two goals of Uzbekistan. Singapore team captain Hariss Harun stated:

“The last two goals showed a lapse of concentration. We tried to keep up with a team that has more quality… but wasn’t enough. The coach has been trying to give us the belief that we can compete. We have a lot to take away from the last two games, against two top teams.”

At the ground of the Lions, the crowd is expecting an impressive performance last night compared in recent years. There are lots of cheers and claps whenever the Singapore players have the ball and then chanting of “we want goal” but unfortunately the side was broken in almost every chance. Coach Yoshida stated at the conference that he’s seeing the boosting faith from the fans and said:

“Since June, there’s been plenty of improvement from the boys as well. There wasn’t a big difference between Uzbekistan and us. But we must accept the result and we must keep our heads up. I’m disappointed only with the result. Against teams like that, we have to limit their chances.”

Uzbekistan coach Vadim Abramov said that he expected a brave performance from the Lions. He stated, “I looked at the previous games and they looked like a good team. They are a very good team.”

Uzbekistan central midfielder Odil Ahmedov, who successfully broke the tied scorecard in the 15th minute through a bang free-kick into the bottom corner from only outside the box.

Coach Yoshida presented his men in a 4-3-3 formation with a midfielder by trade, Zulfahmi Arifin, positioned at the left-back to replace the injured Shakir Hamzah. Different from the other fullback Nazrul Nazari, Arifin was assigned to tuck into midfield when the Singaporean players were in possession. He was expecting to make the most of the Hougang United midfielder’s capability to play accurate, long balls out wide from the back. It was effective for the Lions to equalize only before the half-time. Arifin cross-field ball seen Nazrul in space on the right flank, with the final set for the ball up for Shahdan Sulaiman’s inch-perfect cross into the box. Ikhsan Fandi raises to the highest to net the equalizer with an extreme header to record his seventh goal in the national team. However, the two defensive insufficiencies within the 2nd half eventually showed to be the Singaporean teams’ undoing. The Russian Premier League’s leading scorer, Eldor Shomurodov, with 10 goals coming from its 12 matches, notched a brace to seal the victory for the Uzbekistan national team. Overlooked in the box within the 51st minute, forward Rostov going in across from the left flank. As the clock ticked going to the final whistle, Uzbekistan caught the Singaporean team out again, Ikromjon Alibaev’s fastbreak went through the backline and sent Eldor against the goalkeeper Izwan Mahbud. The defenders signaled for offside, but the star forward was relaxed to round Mahbud before striking in for his 2nd goal in the match.