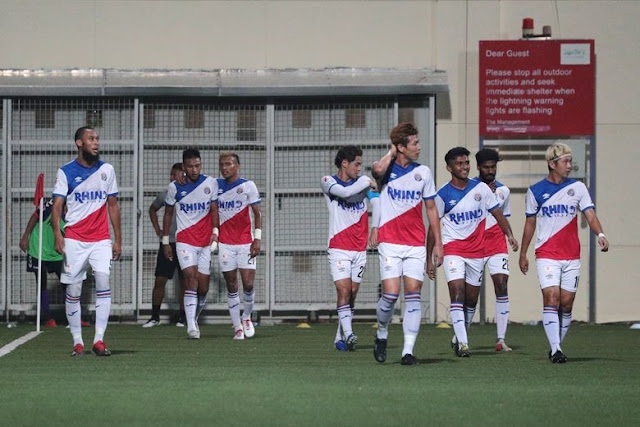 The latest football news in Singapore is here to provide the latest happenings in the world of Singaporean football in which considering as the main and popular sport in the country. The future of this team is undecided, the players are focusing on training in the hope of the participation in the new SPL or Singapore Premier League season. Midfielder Poh Yi Feng is hoping that he can lace his boots up for the 13th season of the professional football, however, a cloud of doubt is hanging on the top of his Warriors FC squad. Following the last season ended, a 33-year-old, Yi Feng decided to stay with the Warriors, where he has been since 2016, and one of the 15 players to have an agreement with the nine-time S-League champions. Regardless of the advice that implemented by the FAS or Football Association of Singapore last week for the Warriors FC to break in the new campaign, Yi Feng and the players have been in hard work training these past few weeks while hoping that these efforts will work out in the end. Yi Feng had talked to The Straits Times in the weekend and stated:

“As players, there’s not much we can do except to keep training until something is confirmed. Of course, (players) do talk about the situation, wondering how it will turn out. But, in case the club does get to play, we have to be prepared and fit for the season ahead. It’s a matter of professionalism for us.”

While the schedule of the games has not been released, the league usually begins in late next month or in early. Warriors defender Delwinder Singh, 27-year-old, stated:

“We can only let the club management handle this. As a player, it would not be healthy for me to think about it all the time and let it affect my training. When a decision is made, I will react accordingly.”

In order to earn a cancellation, Chairman of the Philip Lam met the President of FAS Lim Kia Tong for more than an hour on Thursday at the Jalan Besar Stadium. When the two bosses ended their meeting, they respectively shook hands before parting ways, when Warriors FC chairman was approached, he refused to comment and only stated:

“It was a private meeting where Philip said his piece, and in a very professional manner. There was no anger. He was upfront, and it was amicable.”

Regarding last week, Chairman Philip delivered a direct response to FAS’s advice to sit out in the campaign, stating:

“We have rejected the FAS’ decision, and have asked for an urgent meeting, while we also seek legal counsel on the matter.”

Apart from the tasks of the team’s players and full-time employee, he spotlights the $1.36 million loan he and the other members of the club’s leadership have raised into the team, as the causes of the rejection.