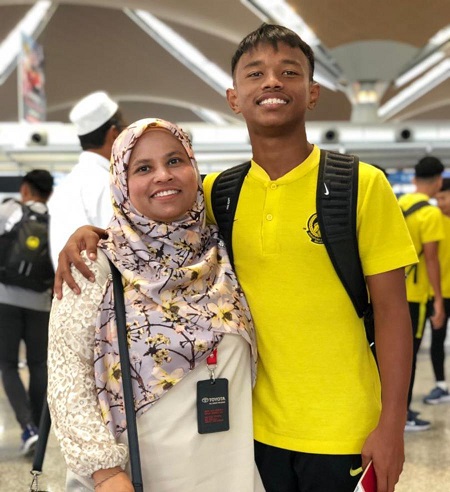 We have the latest happening in the field of Malaysia football news and its related football issues, activities, press releases, etc. and aim to keep you always updated every day. The youthful Akid Zamri has been tagged as a future Malaysian football star after the forward’s magnificent performance within the only finished Supermokh Cup in Gambang, Pahang. Zamri represented the AMD Malaysia Cougars, and he was named as the top scorer within the Under-14 category with impressive seven goals. His squad got the championship title by beating AMD Malaysia Panthers in a 7 – 2 within the final. NFDP or National Football Development Programme Under-14 coach Osmera Omaro stated Zamri was really a stand out in the competition:

“Akid is a player with a good eye for goals. He takes his chances which he creates. If we talk about forwards, the difference between good players and the rest is their ability to take their chances, and Akid has that gift. The other players in the Under-14 team also have the potential to go very far. I foresee an exciting future.”

Most of the people are now comparing Zamri with NFDP fruit Luqman Hakim Shamsudin who made popular news in September when he obtained a five-year agreement with Belgian squad K.V. Kortrijk. He will be going to Cardiff City in England in the upcoming month for a drill stint before merging with the Belgian team. Concurrently, M-League squads who want to keep the services of Mokhtar Dahari Academy trainers will require to pay the compensation to the NSC or National Sports Council. Datuk Ahmad Shapawi, NSC director-general, stated that the payment is for the academy’s work in improving these players:

“It is a form of compensation teams will need to pay if they want to sign players from the academy.”

Thailand’s Buriram United and AMD Malaysia Panthers were awarded Under-13 and Under-12 Champions, respectively at the SuperMokh Cup.